I'm back! Been away for a while in the real world but was so inspired by a great quiz I saw over at Archie's I had to post it...

Inside the Room of Your Soul


Blogthings: A Fine Line Between Insight and Stupidity

What if you found Jumanji in your attic?

Wow! This video compilation, shot from the International Space Station is stunning. It shows the Earth at night and features the lit cities of the world, countless lightning storms and a stunning aurora (I've just learned in my physics course why the aurora is usually green - it's the oxygen in the atmosphere that makes it so). What surprised me is that, for once, I didn't frown and tut to see all the man-made illumination. Firstly, it was simply beautiful; also, the natural light effects seemed even more powerful and dramatic, if more short-lived. But chiefly, I found it rather thrilling and at the same time comforting to see all those twinkly lights. It was like passing along a street at night before people close their curtains. How comforting to see all those illuminated interiors, to see all that life carrying on. All of a sudden, I could imagine what it will be like when we start to investigate other planets. How lonely to approach an entire planet lying in complete darkness! How exciting to see the lights on!

Will Hay Hunts For Smugglers...

I love funny films more than any other kind, and Will Hay is one of my favourite masters of the funny film. In this short clip, Hay, Albert and Harbottle are incompetent policemen who are trying to find smugglers. Harbottle's dad is the key to completing an old poem that locates the smugglers' den. Cue laughter...

It's Friday Foto Finder time again - this week the theme is love. You can't get a much stronger love than that between mother and child, so here's an extremely cute combination that I spotted wandering through the garden of a former home. 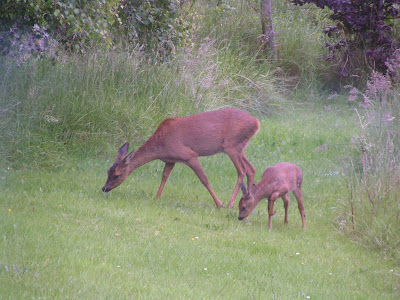 Missed last week but I had to put something up for RELAXATION, as I have seventeen and a half years of photographs of my old Jack Russell being relaxed. Here's a particularly mellow one of her from a couple of years ago: 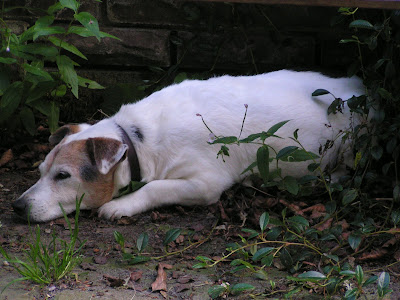 Why don't you join in with the Friday Foto Finder?
Posted by Puddock at 09:45 6 comments:

This is very silly, and combines two brilliant things - a great Scottish song and Doctor Who. My embarrassing crush on David Tennant is all the greater now...


Pinched from Soul of Star Trek.
Posted by Puddock at 11:27 2 comments:

I used to live in a wonderful place, where I would stumble across new, to me, plants and creatures every week. When I first saw these, I thought I had found some beautiful tropical CURIOSITY, but orange ladybirds are, apparently, fairly common in the UK. 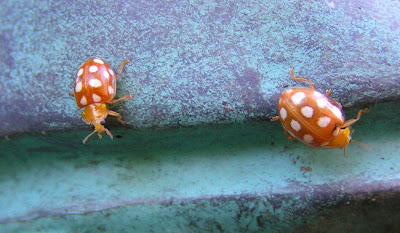 How characterful are they?

Why not have a go at Friday Foto Finder yourself?
Posted by Puddock at 08:31 5 comments:

Now this is a nice way to start your Thursday morning...

Aurora 2012 from Christian Mülhauser on Vimeo.

Produced by the talented (and rather handsome) Christian Mulhauser. Makes me want to move as far north as I can and stay up all night watching the sky...
Posted by Puddock at 08:53 No comments:

Labels: auroras, nature in all its glory, night sky, videos 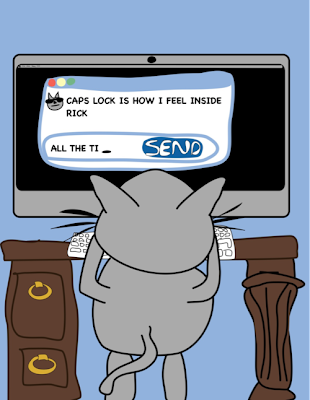 Pinched from blogging newcomer, Roaming Radish, is this very funny cat conversation:
Louis vs Rick. I wasn't at all sure this was going to be funny when I began reading but it just gets funnier and funnier. Give it a go.
Posted by Puddock at 08:10 No comments:

I went on a cake decorating course recently and DEDICATED the results to - myself! 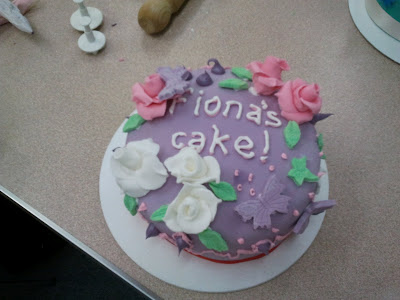 Play along yourself, over at Archie's place.
Posted by Puddock at 09:04 6 comments:

What's In the Sky This Month?

The (northern hemisphere) night sky has some beautiful objects in it this month. See what to look out for, courtesy of the Hubble Site.

Archie over at the Archive has started up this new photo meme, with the first theme being "Welcome"... 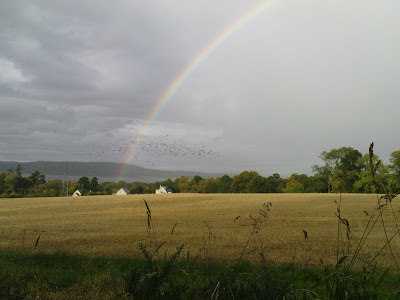 A rainbow is a WELCOME sight after rain...
Posted by Puddock at 02:14 4 comments:

Time for another poem...a bit of classical mythology, I think... 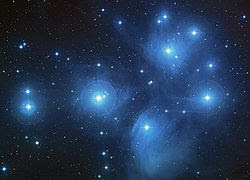 Merope, daughter of Atlas,
daughter of Pleione, runs
in the sky with her sisters.
Youngest of seven, wooed by
Orion, ever she runs
from his eager advances.
Guided by Maia, the bull
is their guardian. Orion,
the hunter, laughs at the ploy,
and shoulders his bow. Merope
loved the mortal Sisyphus,
married, bore him children.
Sisyphus paid for boldness,
Merope was alone again.
Her sisters gathered around
and became the Pleiades,
twinkling, fairest of all, high
in the winter sky, a swarm
of fireflies, darting around
the head of Taurus, laughing.

It's a bit of a work in progress - comments gratefully received! Incidentally, Merope is the star at the bottom of the group, being well shielded by her sisters.
Posted by Puddock at 11:00 2 comments:

Why I Will Never Be A Famous Film-maker, And Neither Will You...

Oh, I have dreamt SO many great movie screenplays, if only I could remember them when I wake up...

For only the third time in my adult life, I brought in the New Year not in my own house. I went along with friends to the Hogmanay bash in Inverness and had a jolly good time, listening to fusion tcheuchter rock and watching some very nice fireworks at the end. The Inverness fireworks were perfectly good but it looks as though the London ones were utterly spectacular. Have a look...

Sharp, clever and highlighting the best bits of London - maybe the Olympics aren't going to be the embarrassment we all fear... I wish you all a fabulous 2012!
Posted by Puddock at 12:21 2 comments:

Puddock
An eternal optimist, it's getting a little harder to stay that way the older I get...but I'm trying. A happy atheist, I get as much wonder, mystery and spiritual satisfaction as I need from the natural world around me - from the constellations up there to the spider outside my window. By the way, puddock is a Scots word for a frog. I am the Puddock.

The View From Not the Pond